When a monastic wears his mantia, does he also wear his ryassa beneath it?
Handbook Category: Monastics and Monasteries (index)

For a monastic who has attained the rank of Ryassofor or higher, it is expected that he, like all members of the white clergy, will never appear in the temple in his cassock alone, but wearing also his ryassa over it. When the monk attains the rank of the Little Schema and is given the mantia, he also wears this in the temple as is appointed by the ustav of his monastery (in some monasteries, all mantia monks wear their mantia whenever they are in the temple; in others, they wear the mantia only when they are, by obedience, serving or fulfilling a specific ecclesiastical function at that service — e.g. leading the kliros, serving as canonarch — with the others in ryassas without mantia). 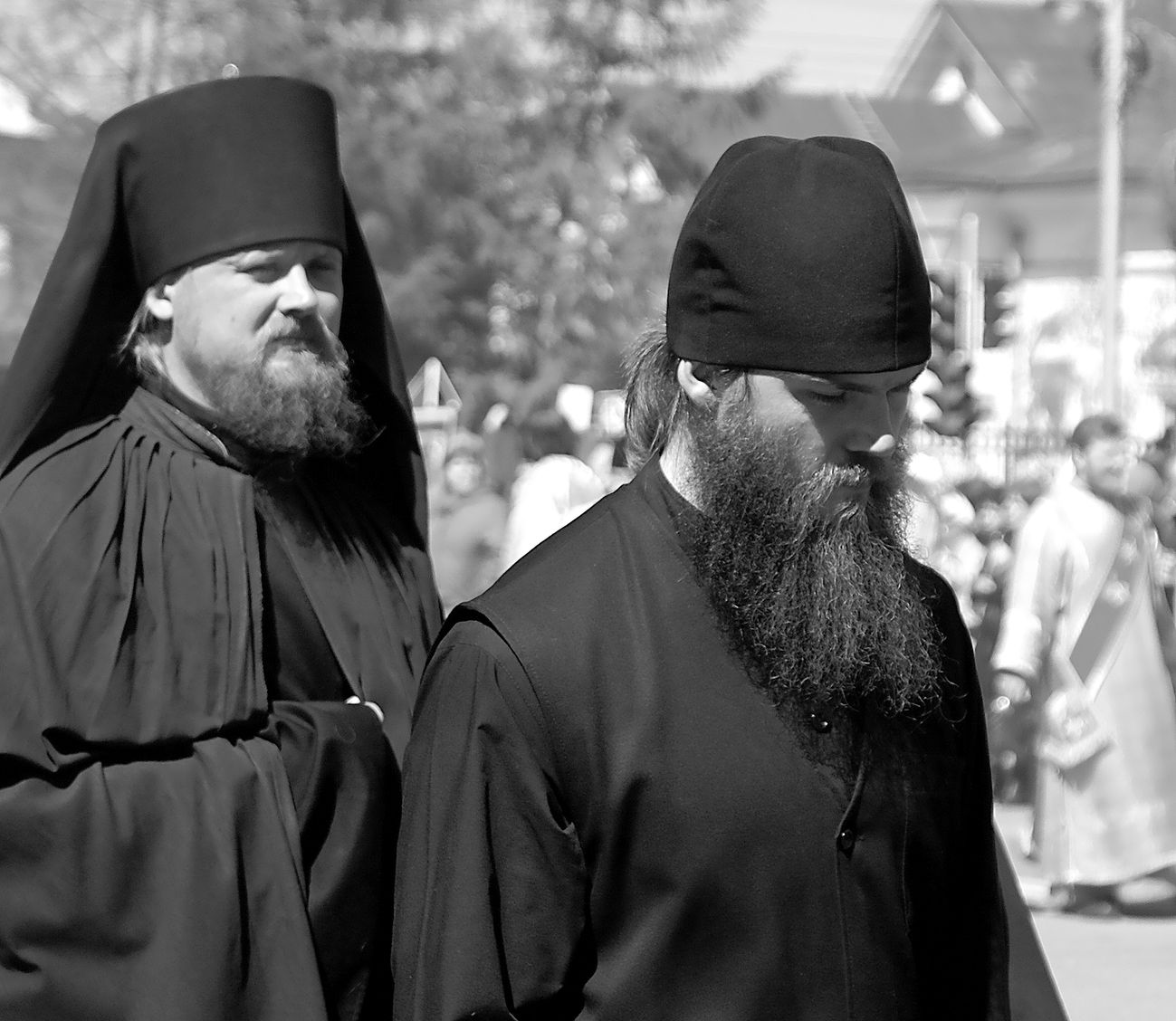 Illustration: A photograph showing (at left) a monk who is wearing his mantita over his ryassa, as is the full practice.

This is a matter that is to be determined by the superior of the monastery. When a monk is, with a blessing, sent out to a parish, he should assume that the fuller dress (cassock, ryassa and mantia together) is the norm there, unless informed otherwise by the Diocesan Bishop or Parish Rector.