How is the Lamb to be prepared and removed from the first prosphora during the Proskomedia?
Handbook Category: Proskomedia (index)

In not a few places it has been observed that, when making the five incisions to the first prosphora during the Proskomedia, whereby the Lamb is removed, the four sides are in fact cut away entirely, then the Lamb lain on its side and the bottom cut away. This is not correct. 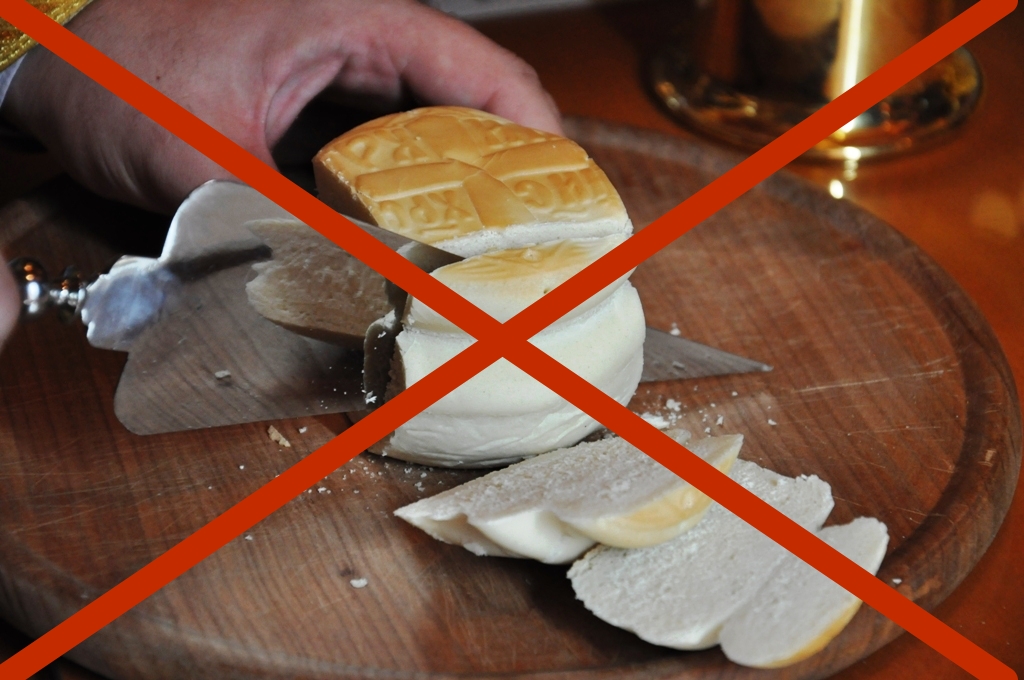 An example of the incorrect preparation of the Lamb from the first prosphora.

Rather, the four incisions are the side are made down to the base of the prosphora but not through it, then the spear is held horizontally (flat) for the fifth incision, made beneath the Lamb; after this, the front side is bent forward so that the Lamb can be ‘lifted up from the earth’ (as is recited in the prayer at this moment). It is then placed on the diskos and inverted, so that the cross-wise incisions can be made, etc., and the remainder of the portions in due course removed from the other loaves.

One is left with the remnants of the first prophora appearing much as in the photograph, below, which demonstrates how the prosphora has been incised but left intact, the Lamb lifted up from it. Traditionally, the remaining ‘sides’ of this first propsphora are used for the zapivka of the Priests and Deacons. 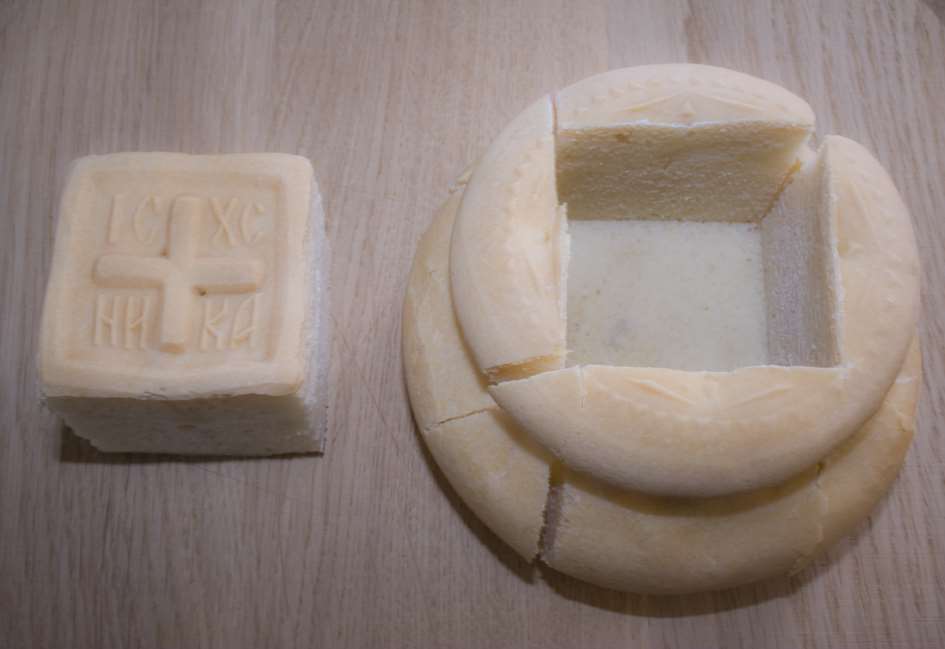 An example of the Lamb correctly lifted from the first prosphora, and the resulting remnants of the loaf.