How, precisely, are the Lamb and various ranks and commemoration particles to be arranged on the diskos?
Handbook Category: Proskomedia (index)

The arrangement of the Lamb, of the portion for the Theotokos and the nine ranks, and the other particles of commemoration upon the diskos is a matter normally addressed in the process of the liturgical formation of a new Priest, whether in the seminary or in the parish setting directly by his senior clergyman. However, since some have not received adequate instruction in this regard, or have made modifications to their practices based on observations from liturgical books from various sources, which at times illustrate customs not entirely in line with our traditions, we include here a summary of the main points of this important dimension of the liturgical offering.

The first thing to be borne always in mind is that the arrangement of the offered gifts upon the diskos is an icon of creation. In serving the Proskomedia and thus arranging the prepared offerings there, each Priest becomes an iconographer, fashioning an icon not from paint and wood but metal and bread. 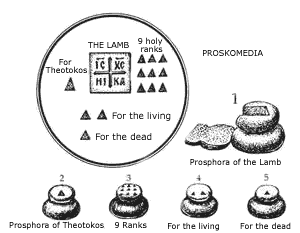 There the cosmos is presented, assembled around its Creator and Saviour, gathered in the cave of incarnation and resurrection, adorned with the hosts of living and departed gathered with their King, shown their way by a star — and this icon then becomes an integral part of the whole Liturgy, with the Lamb at its centre consecrated to become not only an icon of Christ, but the very Flesh and true Blood of Christ Himself. For such reasons, the arrangement of the Lamb and various particles upon the diskos should be beautiful, as we strive to make all icons beautiful; and should be precise, as all our icons are precisely crafted. This means that the Proskomedia must be served carefully, precisely, and that the portions of the prosphopra that are lain upon the diskos must be done so in a manner that is tidy, attentive and correct. A certain carelessness is regrettably sometimes observed, by which the various particles and ranks are placed upon the diskos without due care — and what is the result of this? Not a beautiful icon of creation but a vision of one’s own inattentiveness (with portions for the various ranks removed without precision, placed in disarray in what only vaguely approximate their correct location on the diskos, etc.), and this is not what we strive to attain in our liturgical custom. 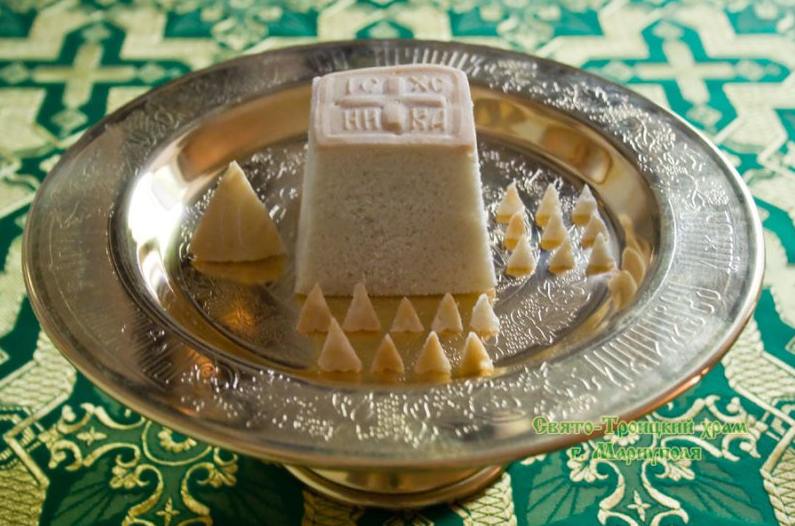 An example of a well-prepared diskos: beautifully arrayed and precisely arranged.

This being said, the following are the most common errors observed, which any making them should strive to correct with due diligence:

Additionally, certain practices have been observed which do not relate to the placement of the portions upon the diskos, but rather to the preparation of the portions themselves, which are also incorrect and detrimental to the overal liturgical iconography of the Proskomedia as a whole: