Luxembourg: 90th Anniversary Celebrations at the Parish of Sts Peter and Paul

(RUSSIAN and FRENCH versions are found on this page: please scroll down past the photo gallery for both languages.)

On the feastday of the All-Glorious and First-Called Apostles, Sts Peter and Paul (11-12th July 2019 n.s.), special celebrations were held in the Russian Orthodox parish of the same dedication in Luxembourg, marking the 90th anniversary of the parish’s foundation.

The All-Night Vigil on the eve and the Festal Divine Liturgy were headed by the Diocesan Bishop, His Grace Irenei of London and Western Europe, co-served by the Vicar of the Diocese, His Grace Bishop Alexander of Vevey. Their Graces were joined by an assembly of clergy from the Diocese, including Archpriest Stefan Veerts from Brussels, Archpriest Peter Sturm from Zurich, Priest John Ciurin from Bern and Deacon Vladimir Svistun from Geneva; together with guest clergy including Priest Nikolai Nikishin from Paris and Archpriest Sergei Kapitain from Belarus. Also welcomed as a special child of the parish was Protodeacon Nikolai Mokhov, a native of Luxembourg who serves in the Synodal Cathedral in New York, under the First Hierarch. Worshipers from Luxembourg, nearby Germany and France, Belgium, Switzerland and Holland prayed together at the service.

During the Little Entrance of the Divine Liturgy, the rector of the parish, Priest George Machtalère, was awarded the Gold Cross on behalf of the Holy Synod, in recognition of his year of service and labours undertaken on behalf of the Church. The Gold Cross laid upon his shoulders by His Grace Bishop Irenei had belonged to Fr George’s predecessor, the late Mitred Archpriest Sergius Puch, who reposed in 2016 after having constructed the present temple and pastoring the flock for many years.

At the conclusion of the Liturgy, Bishop Irenei preached a homily on two paths of spiritual achievement, revealed to the world by the Holy Apostles Peter and Paul. Looking at the life of St Peter, the Archpastor called upon all the faithful to be steadfast in everyday life in believing and confessing Christ to the true God and Saviour, the realisation of which is the door to the salvation of mankind. Looking at the life of the Apostle Paul, the preacher emphasised the importance of everyday spiritual works, which comprise a living and beneficial Christian example to those around us.

In his words of address, Bishop Irenei, referring to the past ninety years of the existence of the Luxembourg parish, wished everyone present the joy of the present feast and anniversary, and urged them to continue to unite in this holy place with Christ the Saviour, receiving Him in the Divine Eucharist, and always to work towards the growth and strengthening of their community. In response, Priest George Machtalère, speaking on behalf of the parish, expressed appreciation to the distinguished guests for their participation in the holiday and stressed that the doors of the Luxembourg parish are always open warmly to all.

A reception took place after the Divine Services, providing the opportunity for the many faithful to visit with the Hierarchs and Clergy. Attendees enjoyed a report on the ninety-year presence of the Russian colony and the Church Abroad in Luxembourg from 1929 to the present day. A special emphasis in the report was devoted to the sacrificial works of the late Archpriest Sergius Puch (1926-2016) and his Matushka Emilia, present at the festivities, on the construction of the current church temple as well as the modern life of the parish community. Among those present, a sincere wish was expressed to meet again in yet greater solemnity for the centenary of the Luxembourg parish. 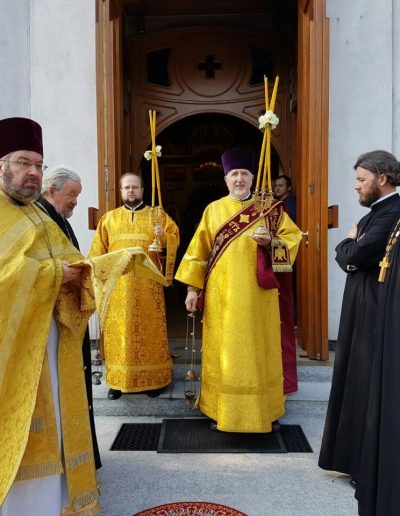 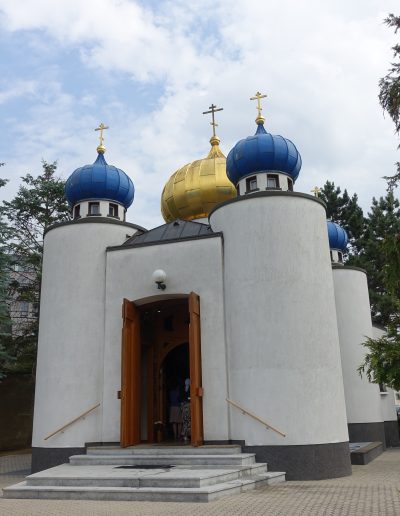 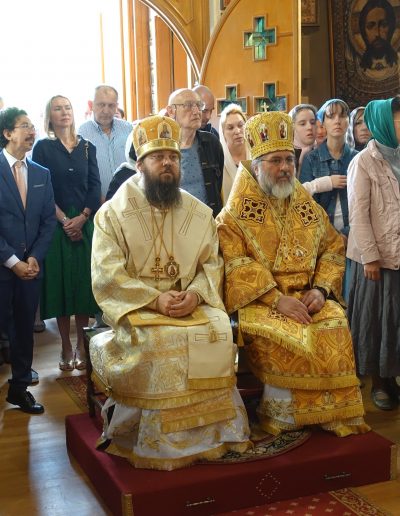 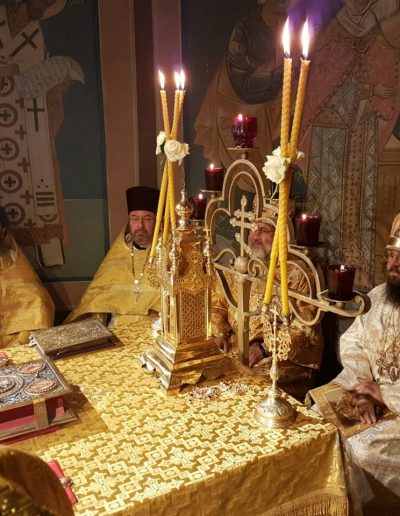 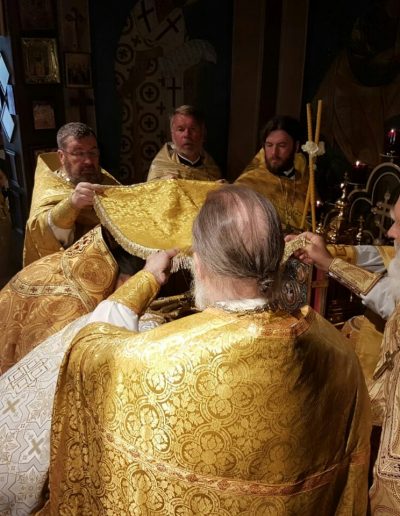 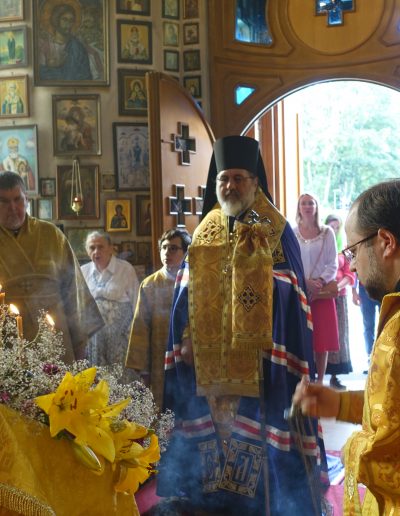 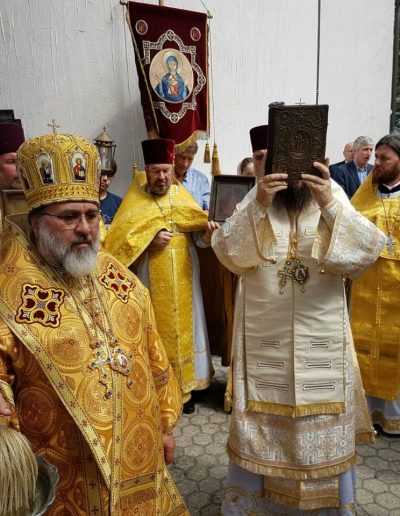 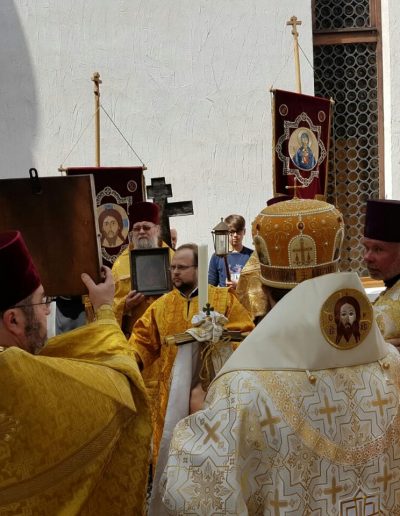 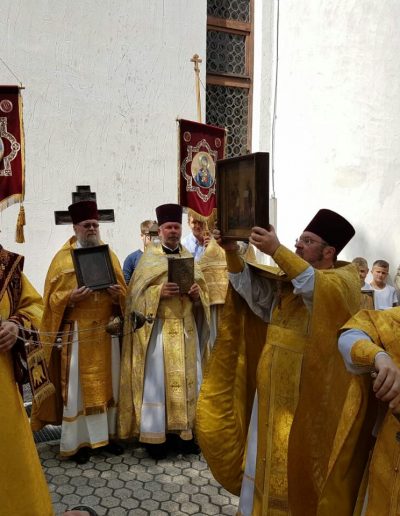 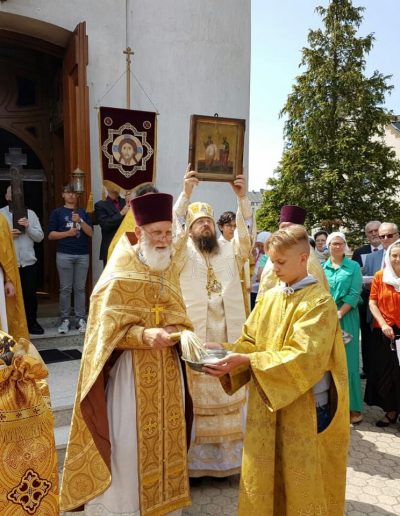 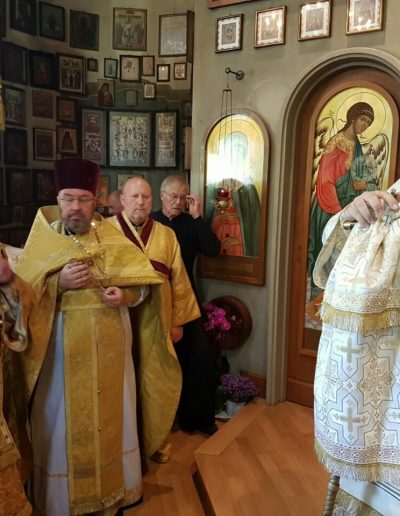 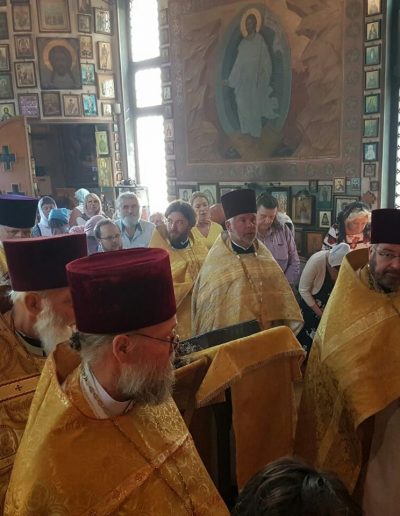 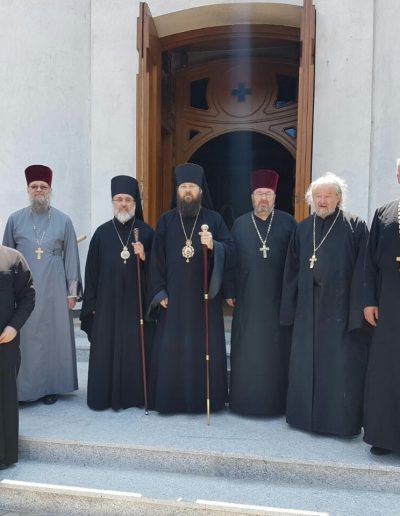 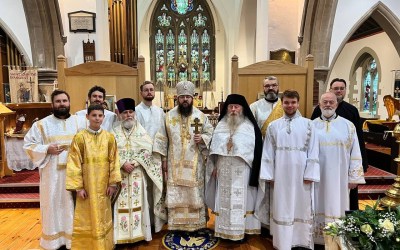 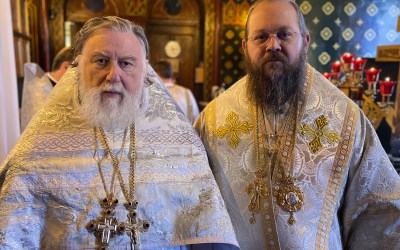 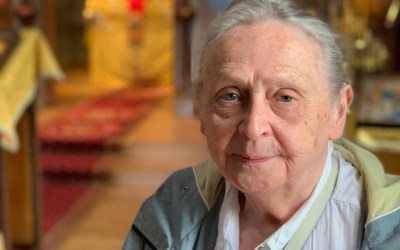